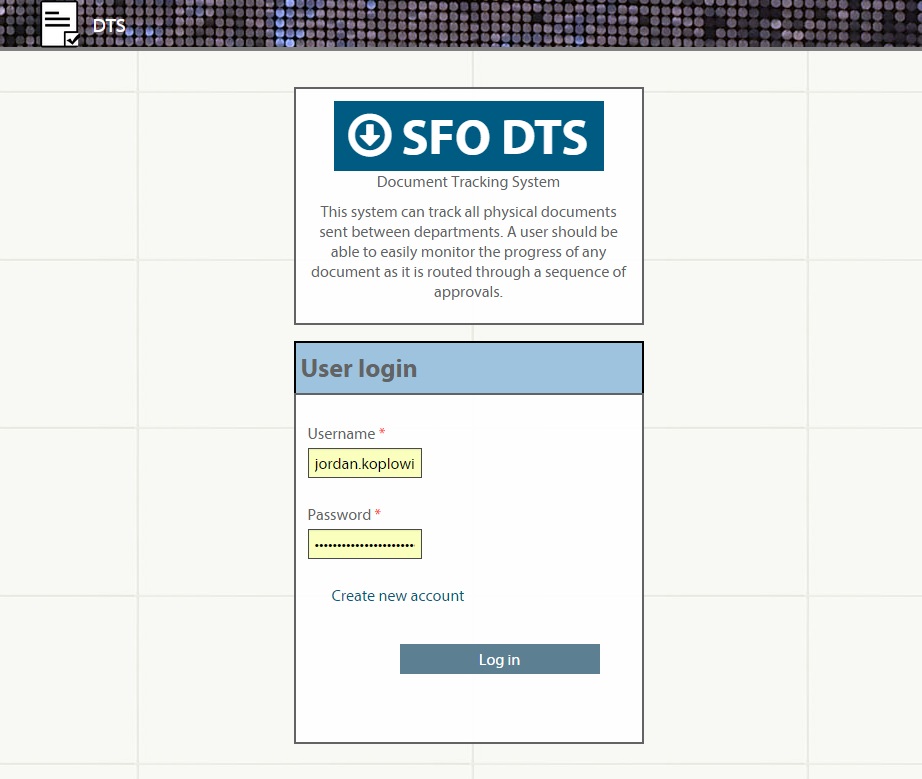 This was a custom built web app for San Francisco International Airport.  It was designed to track physical documents that were sent between departments.  I led a team of interns and outside contractors and launched the site in 3 months.

This site is not publicly available.  However, the theme was released under an open source license and made available on Drupal.org.

Link:
This site is not currently online.